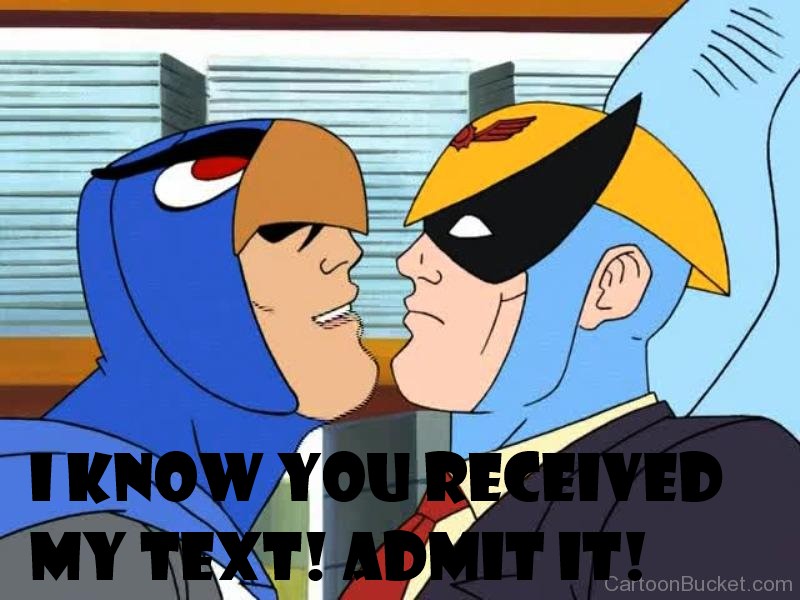 Two of Vessels from the Wildwood. A meeting of the minds and hearts…for now.

Facebook just showed me this little tale–actually a true story–that I wrote a year ago.

Our tale begins with two men: both smart, both paranoid, both stubborn, one mechanically-inclined, one, not so much, yet both wanting to communicate with each other via text.

Their troubles began when one decided to install an encrypted text messenger on his phone.

He loved the encrypted text app, for lo, it made him feel safe. Wanting his friend to enjoy this feeling of security, he passed on the information about the app, but though his friend shared his fears of privacy infringement, he refused to install the cherished app, for lo, he did not like to be told what to do.

For a time, the two friends texted and chatted in great merriment, and all was well in the land. Then, trouble arose. Messages began to flow in only one direction. One friend could speak, but not be spoken to.

The other could be spoken to, but could not speak. Phones were compared to ensure veracity. The mechanically-inclined of the two attacked this problem with all his might, assembling documents that spanned four months of messages sent yet never received. He assembled a crew of the best engineers in the land, those who work for U.S. Cellular, but lo, they could not help him.

He reached out to his not-so-mechanically-inclined friend, asking him to assemble a similar crew, of the equally able engineers who work for T-Mobile, but his friend responded, lo, I am busy, and I care not, yet you might seek the assistance of my kind companion, the one woman apocalypse, for though she is quite fearsome, she may listen to your tale, while I prefer not to, and if she offered intercessory prayers up to the engineers of T-Mobile, perhaps they would grant your request and consider this matter more fully.

Though the first friend had doubt in his heart, he could not abandon his quest, and so he turned to the one woman apocalypse and related his tale. And lo, the one woman apocalypse analyzed the situation, for though her wisdom may have been no greater than that of the two stubborn friends, she possessed a tool that they did not, a rare elixir called patience, to which she added another, equally rare concoction, which we shall call willingness to think things through. And as well, unlike the two friends, her head was unlike that of a pig, and she had no dog, at least not one in this particular fight.

And lo, the one woman apocalypse analyzed the problem, and destroyed it using the sword of her intelligence, first forming a hypothesis and reproducing the very problem in question, on another phone, and then fixing it.

The one woman apocalypse returned to the two friends with her joyful news, but lo, they were not joyful, for she had failed to do the one thing that mattered most to them: determine who was right and who was wrong. Though her sword of intelligence could slice through their mystery, she could not use it to compel one friend to start using the encrypted software, nor to compel the other friend to lay it aside and text with a less secure app. For lo, neither friend wished to be told what to do.

And there they remain, to this very day, one able to speak and not be spoken to, and the other able to be spoken to but not to speak.

The one woman apocalypse, however, may still speak, and be spoken to, and she is able to hear your cries of “yay!” and “huzzah!” for lo, she is a good listener.

Afterword:
It is most fortunate that the one woman apocalypse is patient, for in the telling of this tale, she forgot to turn on the steamer that she had hoped would cook her vegetables, and the vegetables are warming up at a pace that might be expected when vegetables are left to sit at room temperature. And thus, the woman who has not the head of a pig has been left to consider this truth, that no one is perfect.