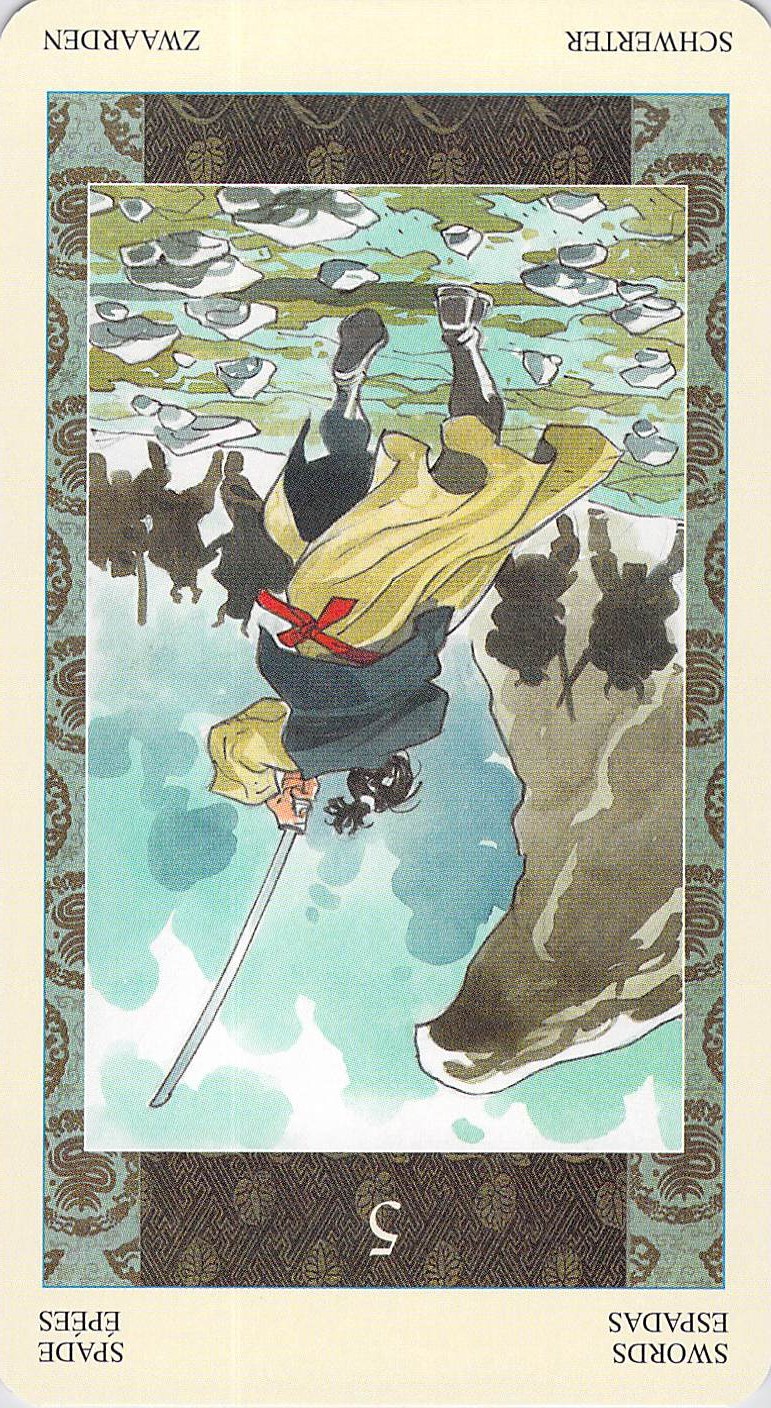 Those of you who are depressed and reading my title for today’s post are probably thinking, “Joy? That’s the one thing I don’t have!” But, hear me out. 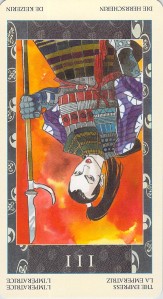 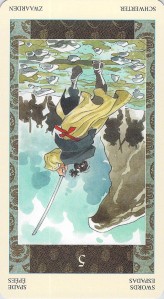 “When the sword is broken, attack with the hands and if these are wounded use your teeth. This is courage.”

But this card appeared reversed, and with the reversed Empress. The Empress is not in a good spot either. The red and orange of first and second chakra issues are swirling around her, and her spear is facing down, into the ground, as though she has lost the will to fight. 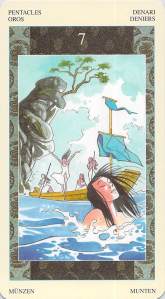 Take a moment and note that the Empress is card 3 of the major arcana. Five (as in the Five of Swords) plus three is eight. But we are looking for a connection at a 7 card. This card, in my view, shows us what must happen if we want to turn the Empress and the Five of Swords back over (when reversed cards show up, I tend to think we are being challenged to turn them right side up again). To give the Empress back her will to fight, so she can charge into battle and win against all odds (or not, but at least be ready to fight), we must turn to the Seven of Pentacles and give her the joy to accept and even relish jumping into a cold ocean that will toss her around arbitrarily. She must experience such joy at this prospect that she can abandon concern about her own possible fate.

How do we generate a feeling of joy strong enough to give us the courage to fight all out even in the face of certain death? (Not saying that we’re facing certain death today — although you never know! — but that’s the level of courage that we’re looking for here.) There is a method for doing this:

1. Center yourself. Draw energy inward, like a meditating samurai. Breathe in calm and presence. Take your time with this step.

2. Harness the power of formal etiquette. Go through whatever formalities are appropriate to the situation, not with an attitude of “let’s dispense with the formalities,” but with an attitude of making the formalities letter perfect. We should never forget that etiquette can be a powerful tool for generating courage and releasing anxiety. (Hey, it’s gotten generations of men through their wedding days!) Take your time with this step as well.

3. Generate your intention for the situation. Make it something you can throw yourself behind with no holds barred.