So, I want to look at resurrection and rebirth from two perspectives. To begin with:

In order to create, it is necessary first to destroy.

In order to rise like a phoenix from the ashes, one first has to burn to death.

In order to be resurrected or reborn, one first has to die.

Or, put another way, in order to have spring, we must first have winter.

But from another perspective:

Although I do believe in offerings, I don’t really believe in sacrifices, at least not at the level of religion (I do believe in day to day sacrifices — we could not live our lives if we did not sacrifice some options for the sake of others). For many of you reading this, the crucifixion of Jesus was a beautiful and necessary sacrifice. To me, it’s just blood sacrifice taken to a whole new level. And to me, to partake in Christianity would be to give my blessing and approval to the actions of a mob of people who chose to basically lynch Jesus. I also think that if Jesus saw this coming and had the opportunity to avoid it, it’s utterly wrong that he did not do so, a form of ritual suicide, of which I can’t possibly approve. 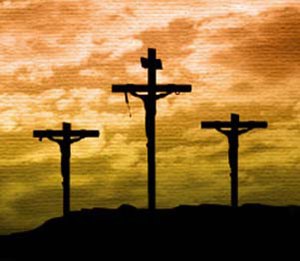 How do we (or at least I) reconcile these two perspectives?

First, I would say this: make your offerings to your god or gods by all means, or to the universe, or to the earth, but don’t think that an offering has to be a blood sacrifice. An offering can be a piece of fruit laid on an altar, or a heartfelt prayer. It does not have to require the shedding of blood. See, an offering should be a good thing, like a present. Something wonderful. Something you would look forward to. NOT something terrible.

Second, when terrible things happen on their own — do you see the difference? — we can embrace those things. We can recognize them for what they are: the opportunity to transform a situation, the chance to rise like a phoenix. We can recognize that while earlier there were few options, now, because of the Tower moment we may have just experienced, or because Death came to visit, there is suddenly a plethora of possibilities: many, many, many options to choose from. Suddenly doors have opened that were previously closed.

What I’m saying is, even the challenges in our lives are blessings, and maybe “even” is a word that shouldn’t even be in this sentence. Our challenges almost always bless us, don’t they, in the long run? Our depressions, likewise. They give us what we need to grow.